The girls’ grade six soccer team will play a tournament at Sacred Heart on May 10th and 11th. 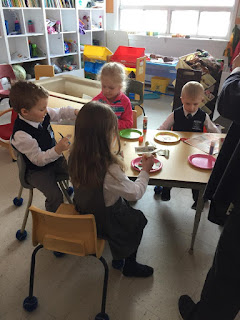 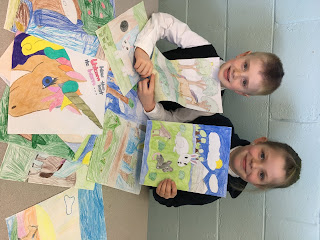 Gabriella and Owen Lawrence with the pourqui tale the grade 4 class wrote and illustrated. The grade four students presented their story and illustrations to Mrs. George's grade one class.
Posted by IHMS at 3:37 AM