The official cast for the school musical of the Lion King has been selected. Rehearsals started this week. It is going to be a great show!
The grade six to eight students took part in the annual Let’s Talk Science Challenge at Grenfell Campus on Thursday. We would like to congratulate Mohamed Al-Zubaidy, Fatima Alkahlil,Carly Johannesen, and Reyd Ward who placed first overall in the competition.
This week we held our annual Heritage Fair. We would like to congratulate all the students on their wonderful projects. We would like to thank Mr. Ryley Nadon, Mr. Drew Nadon, Mrs. Marie Ryan, Mme. Erin Ryan, Mrs. Hinks, Mr. Adam Kennedy, and Mrs. McCarthy who judged the competition.  Medals were awarded to Jack Watton, James Lao, Ava Hodder, Luke Coleman, Lily Smallwood, Kate Murphy, Noah Colbourne, Erica Kennedy, Candace Johannesen, Brooke Watton, Gabriel Rowsell, Fatima Alkahalil, Carly Johannesen, and Rebecca Janes. Honourable mentions were also awarded to Grace Brake Higgins, Sommer Lawrence, Oscar George, Leah Lainey, Molly George, and Reyd Ward.
The senior high students travelled to St. John’s on Thursday for the MATE ROV Underwater Robotics competition.
Stars of the Week
Congratulations to Mark Janes who won an award for hardwork at a hockey tournament over the weekend.
Class News
The junior kindergarten classes really enjoyed the Easter break, but are glad to be back with their classmates.
Ms. Cornick’s Kindergarten class really enjoyed the Talk With Our Kids About Money Day activities before Easter.
Mrs. George’s grade one English class is learning about tools and simple machines in science class. They are using adding and subtracting in math. They are also learning about aboriginal people and their past and present in social studies.
Mme. Ryan’s grade two and three French Immersion class really enjoyed seeing the school heritage fair projects on Tuesday afternoon.  The students were excited to be back from Easter break and see their classmates again.
Ms. Bursey’s grade two English class is learning about similarities and differences between animals.  They are looking at natural and physical changes in science class. In math they are working on missing numbers in addition and subtraction.
Mme. King’s grade four, five and six French Immersion class was very excited to participate in the Heritage Fair. It was the grade four student’s first time completing a Heritage Fair Project. They did a great job! The class was excited to celebrate Robert’s birthday on Wednesday. In French, all classes did activities on money and finances. They also wrote cinquain poems about spring. All classes are preparing for their unit test.
Ms. Williams’ grade three class learned about the ways we can protect the oceans and completed posters for a “Keep Oceans Blue” poster contest. In language arts class they finished their novel study on Pippi Longstocking. They then compared the book to the movie.
Mrs. Hinks’ grade four class is preparing for a multiplication test. They began a new novel study in language class. They learned a lot from the heritage fair projects and are working on group posters in social studies class.
Mr. Ryley’s grade five class really enjoyed taking part in the school heritage fair. It was interesting to see all the different projects their classmates were working on.
Mrs. McCarthy’s grade six class is working hard on preparing for the Let’s Talk Science Challenge and writing essays about what they would do if they were mayor of the city of Corner Brook for one day.
Mr. Drew Nadon’s grade seven and eight class is taking part in the Let’s Talk Science Challenge this week. They are also  working in small literature circle groups in language arts.
Mr. Hancock’s grade nine to level three class is working on research writing papers in language arts. The senior high students are travelling to St. John’s for the MATE ROV Underwater Robotics Competition on Friday.
Coming Up
The May Crowing of Mary will take place on Monday with the prayer group.


IHMS is hosting the boys’ indoor soccer tournament this weekend. 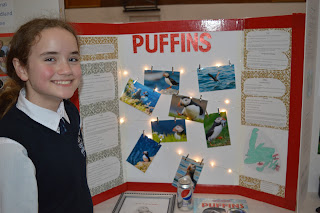 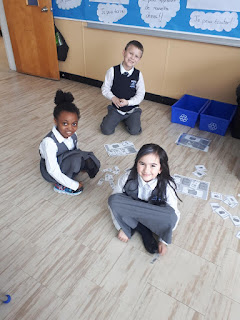 French Immersion students, Katy Hancock, Lysea Njinang, and Jacob Youden, use math skills to create a grocery budget during Talk With OUr Kids About Money Day.
Posted by IHMS at 3:34 AM